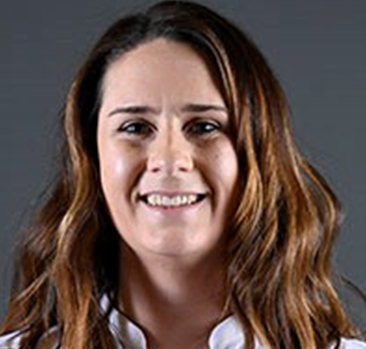 Bridget Rafter enters her second season as the Head Softball Coach at FDU-Florham in 2022.

Rafter and the Devils made an appearance in the MAC Freedom Tournament in the shortened 2021 season and pushed Delaware Valley University to a third game in the opening round.

Prior to arriving on the Florham campus, Rafter spent three seasons as an Assistant Coach on the Metro Campus with the Division I Knights. During her time on the Metro campus, Rafter helped lead the Knights program to 35 wins, including a 12-win improvement in 2018, her first year with the program.

Prior to coming to FDU, Rafter spent the 2017 season as an assistant coach at NYU and helped the Violets to a 19-19 overall record and a berth in the Eastern College Athletic Conference (ECAC) Division III Championship Tournament. Under her guidance, three Violets earned postseason recognition, with two First Team All-UAA honorees and one Second Team All-UAA selection. The Violets excelled in the classroom as 11 players earned UAA Spring Sport All-Academic honors and 12 were named to the Intercollegiate Athletics Advisory Committee (IAAC) Spring Honor Roll.

Rafter completed her Master’s Degree in Sports Administration at FDU, while she worked as an assistant coach on the Metro Campus.