Coach Garris understands the value of a quality education in terms of both personal growth and development. He attended the University of Alabama where he received a Bachelor of Science degree while carrying a double major in sociology and criminal justice with a minor in psychology. After graduating he remained at Alabama where he earned a pair of master’s degrees in education and criminal justice.

He continued his passion for pursuing educational opportunities even after he began his journey as a softball coach. During his time as an assistant coach at Shelton State Community College and as head coach at Delta State University, he added an educational specialist degree to his already impressive array of academic successes.

From the start of his softball coaching career, Coach Garris has been a member of the National Fastpitch Coaches (NCFA) actively using their resources – particularly continuing education opportunities. Garris has earned the highest possible master coach program ranking – four-star certification – from the  NFCA’s Fastpitch Coaches College 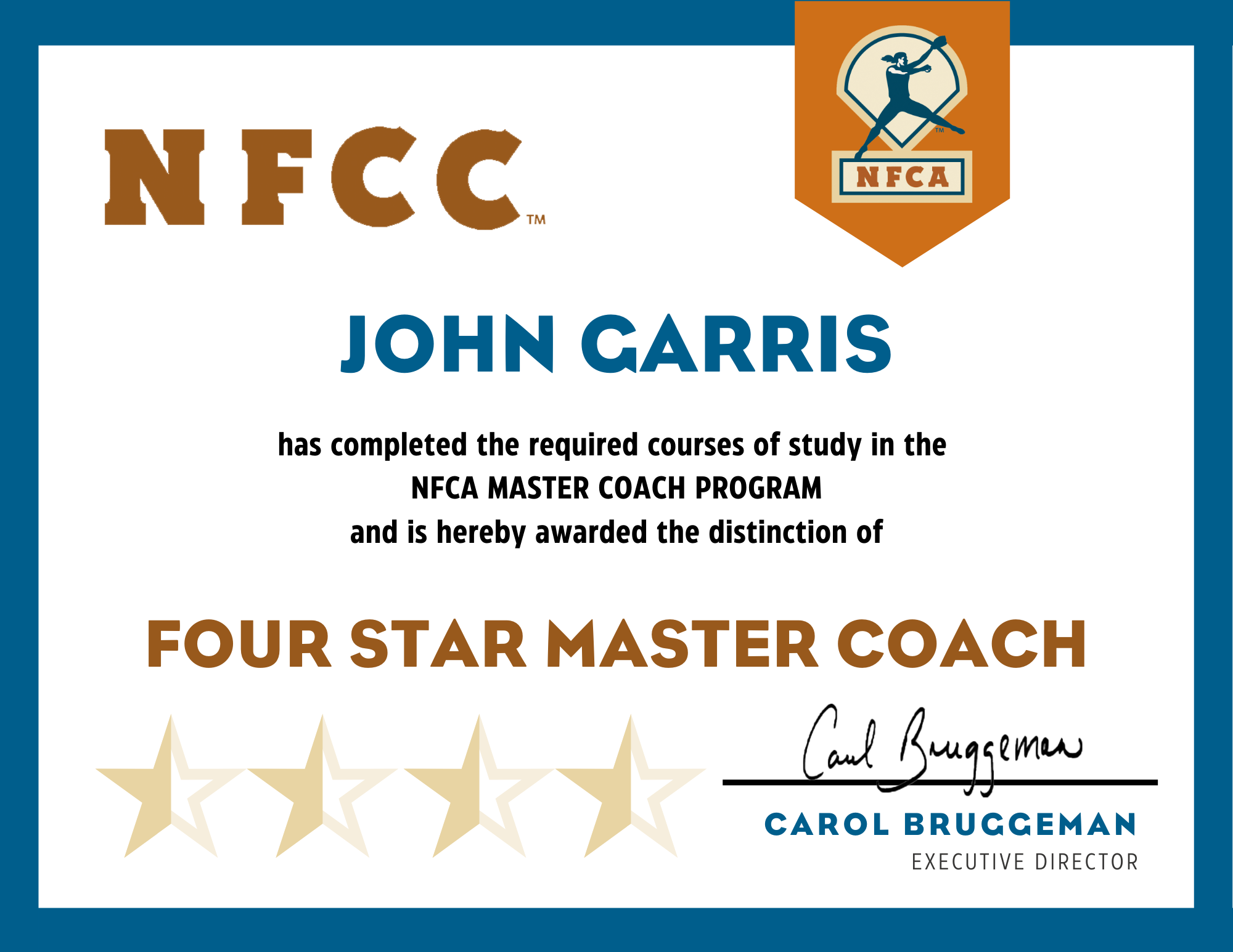 Coach Garris’ achievements are not academic alone. He has developed a wealth of practical coaching and performing experience over a domestic and international coaching career that has spanned three decades. He began his career as an assistant at Shelton State – where, more than a decade later, he was invited to return for a stint as its head coach – before moving on to take the head coaching position at Delta State University. Two years after he took over a team that had lost 32 games the season before his arrival, Garris led them to a 36-win season among the best in school history. Coach Garris followed this up with 42 wins the next year.

He moved on to head coaching positions at Sam Houston State and Henderson State before returning to Shelton State for a head coaching stint there. In 2015, Garris took over as head coach at Southern University where he was named the Southwestern Athletic Conference Coach of the Year after leading the team to their highest finish in 15 years. He has also served as an assistant coach at Rutgers, Samford, and Louisiana Tech and is currently on the staff at the University of Maryland College Park where he rejoined his erstwhile boss at LA Tech to help the Terrapins to their most successful season since joining the Big Ten.

Garris has also had success working with younger athletes coaching at St. Paul’s Episcopal School and Jackson Academy. Both teams won area championships and at Jackson Academy he led a team with only one senior and a pitching staff comprised of seventh and eighth graders to the state tournament.

Seeing a chance to help grow the game of softball internationally, Coach Garris took the opportunity offered to him by Athletes International to lead teams of American players to compete in Peru, Curaçao, and Italy. Coach Garris has made three trips to Peru – twice as the coach of American teams on the Apemude Friendship Series and once as a guest of the Peruvian Softball Federation. On the latter trip he provided instruction and guidance for elementary and high school students and their coaches from all parts of the country.

Coach Garris draws on a wide range of experience as an active player both prior to and during his coaching career. A seasoned veteran who has played basketball, baseball, men’s fast pitch, and slow pitch both men’s and co-ed, playing every position except catcher in the latter group, he draws on this broad experience to help shape his coaching approach and philosophy.

Mirroring his coaching career and experience, Coach Garris has been a featured speaker and instructor at various events, camps, and clinics at every level and geographic area of the country. He has addressed high school athletic associations in Alabama, Louisiana, Mississippi, and new Jersey. He has worked as an instructor at camps and coachs’ clinics in 18 states from the deep south to the Midwest and on both the east and west coasts.