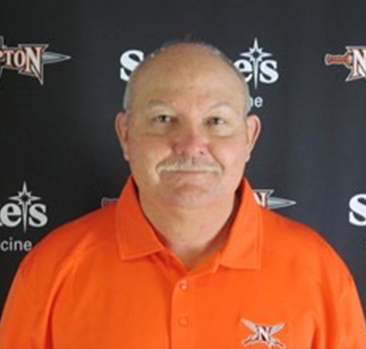 After a successful fastpitch playing career that included three perfect games, winning a New York State Championship, and competing in the ASA (now USA Softball) National Tournament, Rick Wilmott is entering his fourth year as the head softball coach at Northampton Community College in Bethlehem, PA. He began working as a travel coach in 1991 when his daughter began playing tournament softball in 1991 providing him the perfect opportunity to follow his passion for the game while continuing to foster his father-daughter relationship.

Recognizing that both the rules and mechanics for men’s fastpitch are substantially different from those for the women’s game, Coach Wilmott turned his attention to becoming a certified hitting instructor. Pursuing certification not only through the courses offered by the National Fastpitch Coaches College (NFCC) of the National Fastpitch Coaches Association where he met Coach John Garris and discovered their shared passion for teaching and learning. Wilmott recently gained his four-star certification from the NFCC and he is also certified in the advanced C.U.D.I.T. concentric approach to hitting and muscle memory.

Wilmott is a long-time veteran of various coaching camps and has participated in classes with NCAA Championship winning coaches including Carol Hutchins (Michigan), Heather Tarr (Washington), and Kelly Inouye-Perez (UCLA).

The coach also brings a healthy well-rounded perspective in his approach to his student-athletes. “Softball is a game,” he told Coach Garris. “Winning is important and players should always strive to be their competitive best but it’s a game so it also should be fun. At the end of the day, what’s really important is how many of your teammates wedding you get invited to.